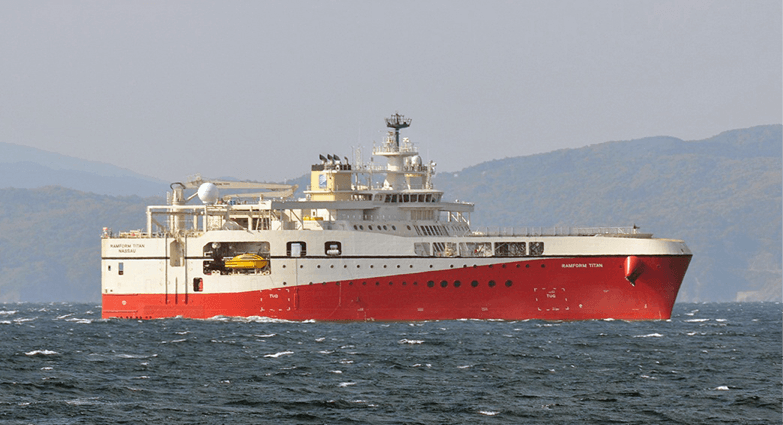 The third of four Ramform Titan-class vessels, the Ramform Tethys, was celebrated in a naming ceremony at the Mitsubishi Heavy Industries Shipbuilding Co. yard in Nagasaki, Japan today.

The Ramform Tethys, and the Ramform Hyperion, will be even better due to small modifications of equipment handling on the back deck and an increase in engine power to 26 400 kW from 23 040 kW on the first two Ramform Titan-class vessels.

“With the increased power output and the back deck modifications we are enhancing the Ramform Titan-class acquisition platform further. Productivity, safety, stability and redundancy are the key benefits of these vessels. Their ability to tow many streamers gives high data quality with dense cross-line sampling and cost efficient acquisition with wide tows,” says Per Arild Reksnes, EVP Operations.

The Ramform Tethys is the most powerful and efficient marine seismic acquisition vessel in the world, and along with the Ramform Titan and Ramform Atlas, the widest ships ever at the waterline.

The design dovetails advanced maritime technology to the imaging capabilities of the GeoStreamer® seismic acquisition technology. Her 70 meter broad stern is fully exploited with 24 streamer reels: 16 reels aligned abreast and 8 reels further forward, with capacity for 12 kilometer streamers on each reel. With such capabilities the Ramform Tethys has tremendous flexibility and redundancy for high capacity configurations. Increased work space and advanced equipment handling mean safer and even more robust operations. The Ramform concept design is made by Roar Ramde.

She carries over 6 000 tons of fuel and equipment. She will typically tow a network of several hundred thousand recording sensors over an area greater than 12 square kilometers, equivalent to nearly 1 200 soccer pitches, or 3.5 times Central Park.

For PGS and its clients, more rapid deployment and retrieval of equipment, as well as greater operational capacity will translate into faster completion of surveys and increased uptime in marginal weather. The period between major yard stays is also extended by approximately 50%.

The Ramform Tethys sets the new standard for seismic operations for the next 25 years.

Jon Erik Reinhardsen, President and CEO of PGS states in a comment: “The Ramform Tethys further strengthens our fleet productivity and together with the other Ramform Titan-class vessels will enhance our competitive edge. In the current challenging market environment we also experience more demand for our best capacity and Ramform Tethys will add to PGS ultra-high-end value proposition.”

NOTE: Pictures and more facts on the Ramform Tethys are available on www.pgs.com 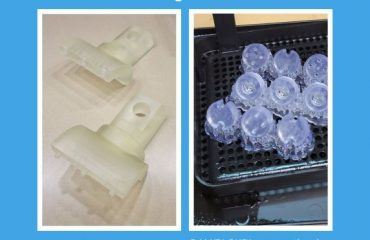 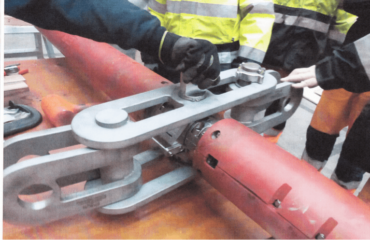 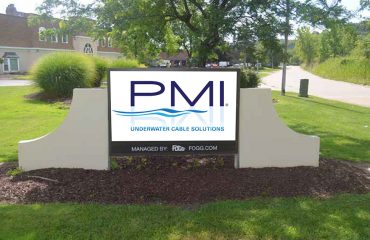 See what we can do