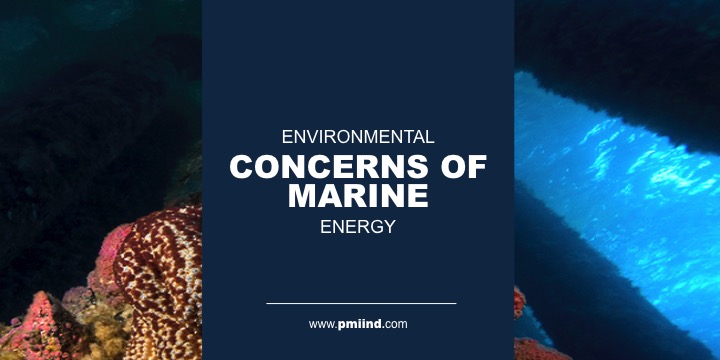 Generating electricity from waves or tides requires placing large mechanical devices in the middle of complex, fragile ecosystems. How will life respond to these intrusions?

Because we’re so early in the evolution of marine energy, environmental concerns post a host of serious questions, such as:

What have we learned from the development of artificial reefs? 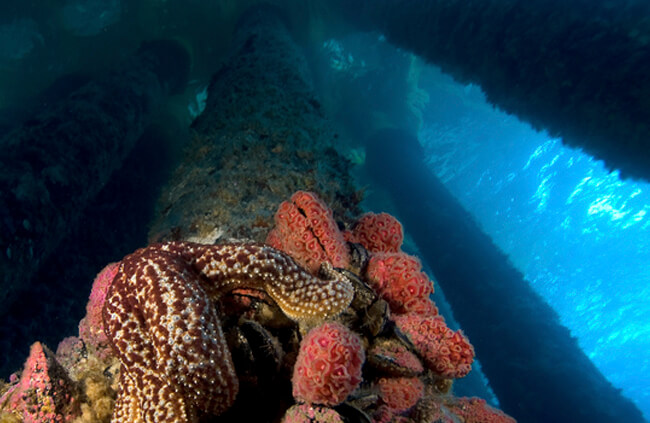 Fixed structures in the ocean naturally invite the arrival of reef species, creating artificial reefs. If the introduction of reef species boosts the biodiversity of a marine energy project area, the development could be a net benefit.

However, if reef species include predators that wipe out local species that have no natural defenses, then the effect could be negative. Early projects will have to be studied intensely to see how this works out.

How will migratory species respond?

A large network of marine energy devices could force migrating mammals, fish and birds to change their travel paths. Even subtle changes can throw off reproductive rhythms that evolved over millions of years. If these changes make it harder for migrating species to reproduce, or weaken them so they are more vulnerable to predators, the cost could be substantial.

Will wave-energy devices change the dynamics of shallow shorefront ecosystems?

Dozens or hundreds of marine-energy devices in a well-defined region can affect the velocity of waves striking the shore. Small changes in the depths of tidal pools or the thickness of sand layers could influence species’ ability to feed and reproduce. How will we determine an acceptable level of risk or damage in these scenarios?

Marine energy devices require lubricants that could potentially leak and cause pollution. Furthermore, the substantial corrosive nature of seawater will wear these machines down quickly, expanding the risk of pollution. Granted, most devices would not carry enough lubricants to create a substantial oil spill. But persistent small leaks spreading over months and years could still have a profound impact.

Can devices survive exposure to pollutants?

The concerns over potential pollution by marine energy devices shouldn’t obscure the possibility that offshore sites might already be polluted with chemicals that could damage these devices. Even undisturbed sites pose a challenge: Could large chemical or oil spills disable devices installed in them?

What happens to fisheries?

The livelihoods of people in the fishing industry depend on healthy ecosystems that support fisheries. Any project will have to weigh the economic, social and environmental impact on coastal industries like seafood.

Regulators and rule compliance will be a fact of life for the marine energy sector. Developers will need to court the regulators to figure out exactly what it takes to stay compliant. Regulators may also conduct impact assessments that discover rare endangered species, which could grind everything to a halt.

Finding the right ways to draw energy from our precious oceans

The rise of marine energy is a natural progression for PMI, which has been providing rugged, durable cable accessories to the energy-exploration industry for decades.

Though we are enthused about the possibilities of marine energy, we respect the need to tap this energy source without damaging delicate marine ecosystems. Sure, that adds extra layers of time, expense and complexity. But it’ll be worth it to keep our oceans as healthy as possible. 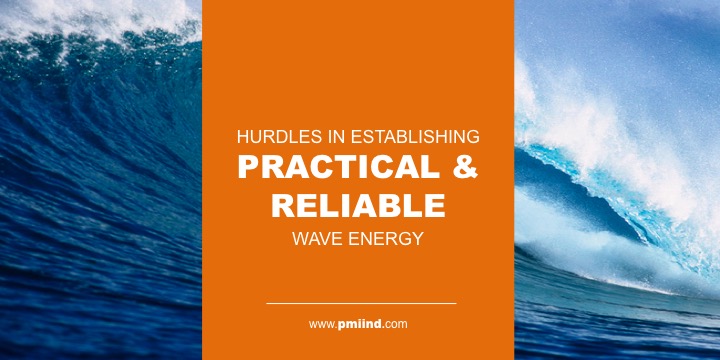 Wave power looks like a no-brainer at first glance. After all, oceans cover more than 70 percent of our planet’s surface, and waves lap up on the shores of all seven continents.

Just build machines to convert those waves into electricity and we’re all set, right?

Alas, wave energy challenges can be as deep as the ocean itself.