Turning our oceans into a reliable power source means putting complex devices in treacherous, ever-changing environments. The sea is much friendlier to sharks than to subsea power turbines.

PMI has been providing cable hardware for oil exploration and other subsea projects for decades, so we know only too well the challenges of putting anything in the ocean and expecting it to keep working. Salt water is extremely corrosive. Many materials are extremely vulnerable to corrosion. Subsea organisms attach themselves to devices and reduce their effectiveness. Storms create chaos.

Marine energy devices can have lots of moving parts, take up lots of space and become part of the subsea biome. These are all things marine energy companies will have to confront as they build out the marine energy sector.

Here are some of the challenges we’ve noted in our research on installing and maintaining marine energy devices.

High-strength synthetic rope termination: Steel cables that fix marine energy devices in place are extremely heavy. An attractive alternative is high-strength synthetic rope, which often has the strength of steel but substantially less weight. You don’t tie knots in this kind of rope to attach it to devices. You use termination hardware, much like the hardware PMI builds for steel cables.

Mooring lines: Wave energy devices move with the motion of waves and use technology to convert the kinetic energy in moving waves into electricity. Typically, mooring lines are fixed in place. Allowing them to move with waves creates a host of challenges.

Large-diameter pipe bending: An intriguing marine energy technology called ocean thermal energy conversion, or OTEC, requires large-diameter pipes that could be up to several kilometers long. The trouble with these pipes is they are rigid and prone to bending because of relentless movements of ocean waters. The solution is to add flexible joints to these pipes that work much like the expansion joints in bridges — giving the pipes more flexibility and extending their life.

Small installation windows: Just as there are monsoon seasons on land, there are hurricane and typhoon seasons to deal with at sea. And even after these seasons fade, rough weather limits the time window for installing marine energy devices and fixing problems that crop up afterward.

Emergency retrieval: If a marine energy device breaks down or malfunctions in a way that presents an environmental threat, it may have to be retrieved as quickly as possible. This could require commissioning a ship and crew to retrieve the device on short notice, which can be extremely expensive.

Cable-laying methods: Cable-laying technology is mature and efficient, but it’s also extremely complex, requiring people who know how to deploy cable in ways that reduce the threats from ship anchors and submarine landslides. And the more cables get installed underwater, the more complex cable laying and maintenance becomes. Damaging an existing cable while trying to install a new one will be a persistent risk.

The rough terrain of the seabed presents another challenge. These high-energy environments have long been avoided because of the challenges they present, but now we must overcome those challenges in order to harvest the energy.

Biofouling: Algae, protozoa, and many more aquatic species attach themselves to the exterior surfaces of everything that goes underwater — anchors, ropes, pipes and marine energy devices themselves. Biofouling has to figure in any maintenance plans marine energy developers devise.

Device anchoring: Devices like tidal turbines that are installed on the ocean floor have to be anchored. Some anchors require drilling into the seabed, which can threaten delicate undersea environments. The challenge is to design and install anchors that have the lowest environmental impact while still being rugged enough to survive for decades in the ocean.

Unique and demanding terrain: Coastal topography varies widely from one continent to the next, so technology that works fine off the coast of France might be useless off the coast of Japan. This challenge holds worldwide: Tidal energy requires large tidal movements. Wave energy requires consistent wave movements. All these variables make it difficult to create technologies that can be standardized and scaled to reduce installation and maintenance costs.

What We See on the Horizon

At PMI, we already supply some of the world’s most advanced subsea cabling hardware, so our technology is poised to help address some of these challenges. Things look good to us right now, and the future looks even more promising.

As Europe pushes to get 20 percent of its energy from renewable sources by 2020, there will be social and political pressure to develop technologies like marine energy. That should create ample opportunities for companies to dip their toes in the water of marine energy technology. 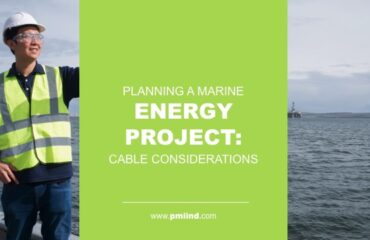 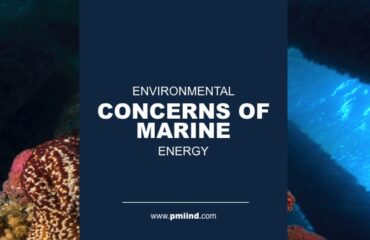