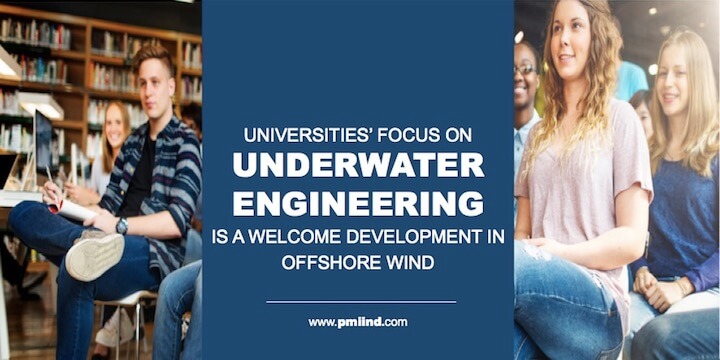 It’s impossible to separate underwater engineering from the research emerging from major universities. Indeed, this engineering discipline is proving central to the evolution of offshore wind power in the United States.

That’s especially true at three Ohio universities, where researchers are building a scientific and engineering foundation for the development of offshore wind in the Great Lakes region. Since PMI is based in Cleveland not far from the shores of Lake Erie, we have interest in the success of our local researchers.

A quick review of these studies paints an impressive picture of the potential of underwater engineering to address the challenges of developing offshore wind farms.

Offshore in the Great Lakes

Case Western Reserve University, University of Toledo, and Bowling Green State University have tested potential wind turbine designs and modeled wildlife travels around installed wind turbines. And, a local company has won a $40 million grant to develop an offshore wind farm in Lake Erie about eight miles north of Cleveland. These two projects offer a window on the development of offshore wind in the U.S.

Alaska’s energy potential stretches far beyond its oil and gas reserves. The state also has ample tidal, wind, and geothermal energy resources, but there’s a fundamental challenge: They’re all stranded—either too far from the nearest population center or simply too difficult to develop economically.

A report from the Alaska Center for Energy and Power at University of Alaska-Fairbanks explores the challenges of stranded energy in Alaska. Areas with abundant wind, for instance, have few people to use it. The report raises another fascinating (if remote) possibility—moving energy-intensive industrial processes like metals smelting to sections of Alaska that have enough cheap renewable energy to make such a move economically feasible.

Offshore wind in the Sunshine State?

Florida has abundant coastline and coastal breezes, but how ready is it for offshore energy development?

“Florida’s wide continental shelves and 1,197 miles of coastline present ample opportunities for siting wind farms outside of coastal view sheds,” concludes a report from the University of Florida-Gainesville. The report notes that offshore wind in Florida could conceivably produce thousands of megawatts of power, though it recommends further research to derive more authoritative energy estimates.

“A systematic and thorough evaluation of Florida’s wind resource is critical to identify the best opportunities for investing in the state’s offshore wind energy resources,” the report concludes.

Recently, the Northwestern National Marine Renewable Energy Center (NNMREC) received a $40 million award from the United States Department of Energy to develop a tidal energy testing facilities along the Pacific coast. This project, the Pacific Marine Energy Center (PMEC), interacts with campuses across the coast, including:

These different facilities are testing everything from wave flume to river energy converters. Over time, more testing facilities might be added to further build the PMEC portfolio and realize the goal of renewable wave technology.

Research will guide us forward

It’s refreshing to see that researchers are undaunted by the considerable economic, ecological, and logistical challenges of developing offshore wind in the U.S.

At PMI, we’d certainly like to see the Great Lakes become a center of offshore wind technology, industry, and development. Our region has the wind, the skill and the industrial base to take offshore renewable energy as far as it can go.

And suffice to say if it can happen in the middle of the continent, it certainly can happen along the Atlantic, Gulf, and Pacific coasts. 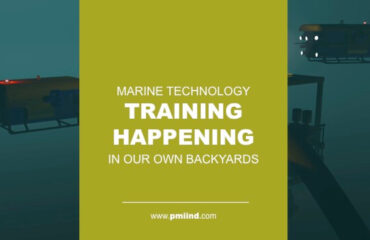 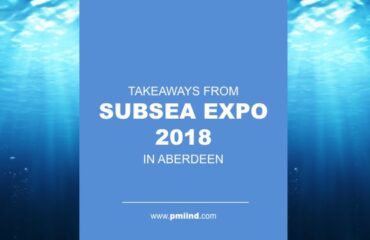